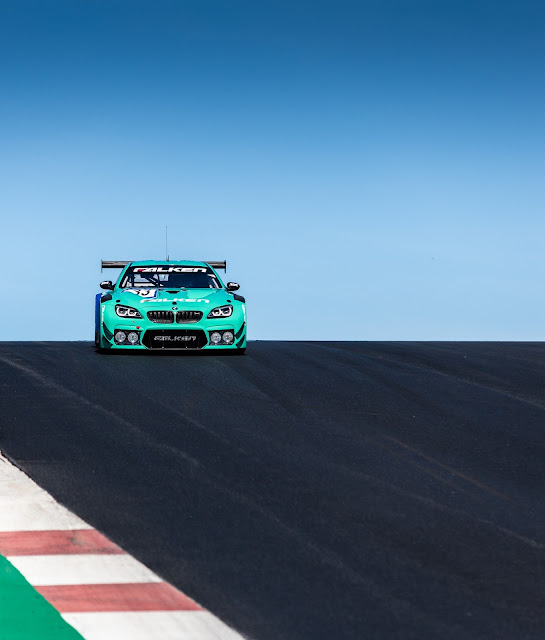 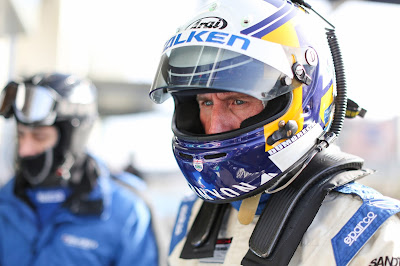 Massive thanks to our pals at Falken Motorsports – as we have a brilliant little treat for ADAC Zurich 24-Hour Race fans in advance of this weekend's thrilling endurance race... an interview with legendary Green Hell race ace and Scot, Peter Dumbreck.

For this year’s Nürburgring 24 Hours, Falken Motorsports will field a two-car team for the first time: a Porsche 911 GT3 R (Type 991) and a BMW M6 GT3. An internal battle between the two has ensued, with Falken driver and ‘Nürburgring expert’, Peter Dumbreck, opting to switch to the M6. The Banbury-based driver discusses the unique challenges of the race, his move from the Porsche to the BMW and how the atmosphere at this iconic event cannot be beaten.

How has progress been in testing this year?
With two cars we’ve had a different approach for each car. The Porsche is a continuation from the end of last year and as we are better acquainted with it, it’s been a natural progression from last year. At this year’s VLN it came out of the blocks and was fighting for victory straight away. So from that side the Porsche is doing very well. The BMW is a new car to us and we are all still learning, both drivers and tyre engineers.

At Portimão, where we shook down the cars, and at the first VLN race the conditions were pretty wet, so we had no dry running at all really. You get a pretty good sense of where you are after 20 laps of wet running. The first two VLN races are a good test to fix where you want to go on setup and tyres and our engineers really value that track time ahead of the Nürburgring 24 Hours.

The one unknown, which is the same in every form of motorsport, is the BOP [Balance of Performance], I’d say the dreaded BOP. Only at the 24-hour race will you really see what the pace is like and how all the manufacturers are performing.

What are the key differences between the BMW and Porsche?
With it being rear engine, the Porsche is a very physical car to drive and it tends to move around quite bit. It’s also quite a short car as well compared to the M6, so I find it’s got a good bit of grunt through the corners. The M6 has a greater amount of downforce through the medium to sharp corners so you can carry more speed through those faster turns, whereas in the Porsche you may brake and go down a gear. In some places in the M6, you don’t even brake you just lift in sixth gear! So the M6 is stronger in the the medium and fast corners but the Porsche fights back in the tighter sections. Falken has set this up as a battle and I genuinely think it will be. 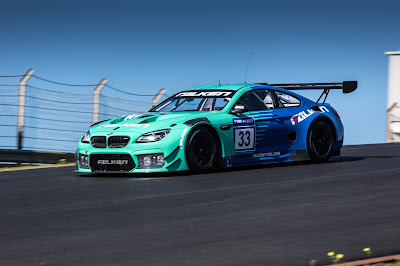 How do tyres compare between the cars? Is the Porsche harder on tyres, for example?
As the engine is in the back of the Porsche there is higher tyre wear on the rear axle and you feel that on the Grand Prix circuit with a bit more oversteer. All in all there isn’t a massive difference, but I suppose one of the big differences is in the tyres themselves. We are using the rear tyres from the Porsche and putting them on all four corners of the BMW. That shows how good the tyre is to perform on both cars. The front tyres on the Porsche are smaller and is probably one of the reasons as to why we can go faster around the corners with the M6.

How has the race changed since your first outing there?
I think that this year will be my 13th race, my tenth with Falken. In that time the race has become a lot more professional. With the advent of GT3 cars it has meant you don’t have to build a special car to go to the Nürburgring and win. You can buy one off the shelf and effectively go and win. Factory cars used to be much rarer. I did have one in 2003 with Opel but it was less common to have a factory assault.

Today both factory and semi-factory cars both have a chance of winning the race - especially if you have four good drivers. Each manufacturer, especially German manufacturers, will field a lot of factory drivers at this race. In the Falken cars we have five factory drivers from Porsche and BMW. It just shows you how serious the manufacturers take it and how professional it has become.

So, is the objective to win?
It goes without saying that we would love to go out and win the race and from Falken’s point of view it has doubled its chances. It doesn’t matter which car wins. It has good crews in both cars. Personally, of course I want to win. The first target has to be taking a podium. Actually, to be honest, the first target for me is putting in good times, doing a good job, staying out of trouble and watching us gradually move to the front! The end result is the end result, as long as I have done a good job then what will be will be. I’ve been in this sport long enough to know that a certain amount of luck is involved so I keep my feet on the ground and just do my job.

What was your favourite N24 race car and why?
That’s tricky. Well I did spend a lot of time in the 997 Porsche so I would have to say that one really. We put so much into trying to get that car on the podium. In 2014 we had a faultless race and finished fourth and everyone was over the moon but disappointed that we hadn’t quite finished on the podium. The next year though we finished on the podium with another faultless race against factory cars. That was the last year with that car and the following year the 991 came and we had to almost start again. We were ninth with the new car but after a year of work the car is capable of challenging for the win as we saw in the VLN. We expect that car to be a top five car this year. I just hope I’m ahead of it in the BMW.

I suppose in the back of my mind I’m 43 and that sooner or later this has to end. I see a lot of my contemporaries and feel I’m one of the fittest on the grid. Each year that passes I gain more experience, which is crucial here and I will aim to continue for quite a few years yet.

What’s your favourite part of the track and why?
I’d say from Adenau to the Karussell is my favourite part of the circuit. That is the big climb where you are basically sitting flat out up the hill. You have a curve, which is just a slight lift. It’s a gear down and brake in the Porsche, but in the M6 it’s flat out! You go through it at 220km per hour and is quite an eye-opener!

Apart from tyre and car developments, are there any other technological developments that have helped you improve performance? Whether during the race or in pre-race training?

On the fitness side of things, I have always trained but about three years ago I started cycling and like anything you want to do competitively you have to do it four times a week. Driving is the same and golf is another one. Golf doesn’t really get you fit so I stopped playing golf and started cycling, resulting in my fitness now being at a very high level. At 43 I am the most fit and lean that I have ever been. My core strength and cardiovascular fitness is through the roof! The downside is that my upper body strength is down, but I train with pro cyclists and match them and when I don’t, I sit on their back wheel. This has been the major change in me over the last few years. If my career is to be elongated then it will be because of my fitness. As my contemporaries retire it makes you think, but as long as I am physically fit and able to do the job I don’t see why I can’t go on.

In terms of the technological changes, there are many. You only have to look back to 2010 when we were racing GT1. We had no ABS, no paddle gearbox, and no traction control. Whereas now every car I drive has ABS, every car has traction control. We have all the aids, paddle shift obviously. Technology wise I have always liked the move to paddle shift gearboxes – not having to take my hands off the wheel is something I especially like. I’ve been driving a long time and gone through these technological changes and I can’t see how much further it can go. We will always be changing gear and cars will not lose traction control or ABS elements. It has been great to be around in this era of cars. I guess the downside is that engines are now being limited. Joe public expects you to be going 200mph, but we are going max 160 to 165. In the past cars were going a lot quicker down the straight! However, we are now cornering a lot quicker than we use to.

Is there a particular time in the race when you most like being in the car?
For me, the best time is as the sun comes up. If you are the one getting into the car at 4.30am, you know you are going to be seeing daylight at the end of your stint. But because you are constantly watching it is such a gradual thing, a little bit more and a little bit more. That is the best feeling when you can see the darkness turning into light.

Thanks and good luck Peter & all our pals at Falken.

Read about the last tine we interviewed Peter & Falken here. 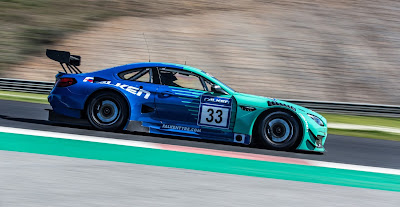 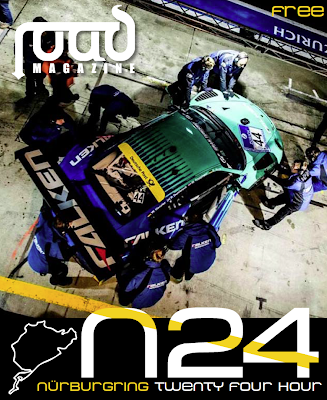 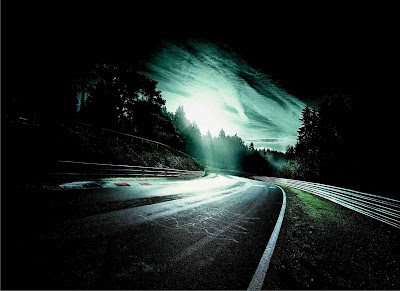 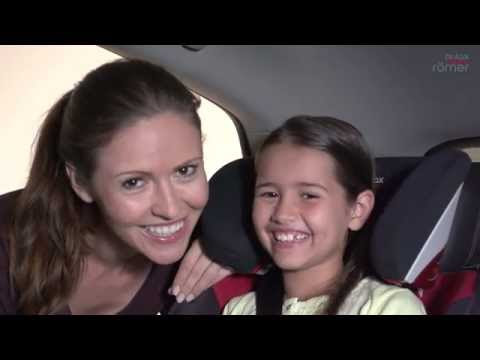 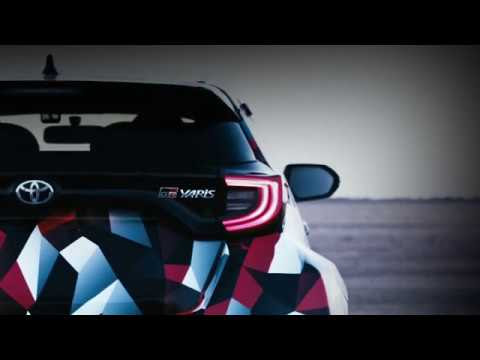